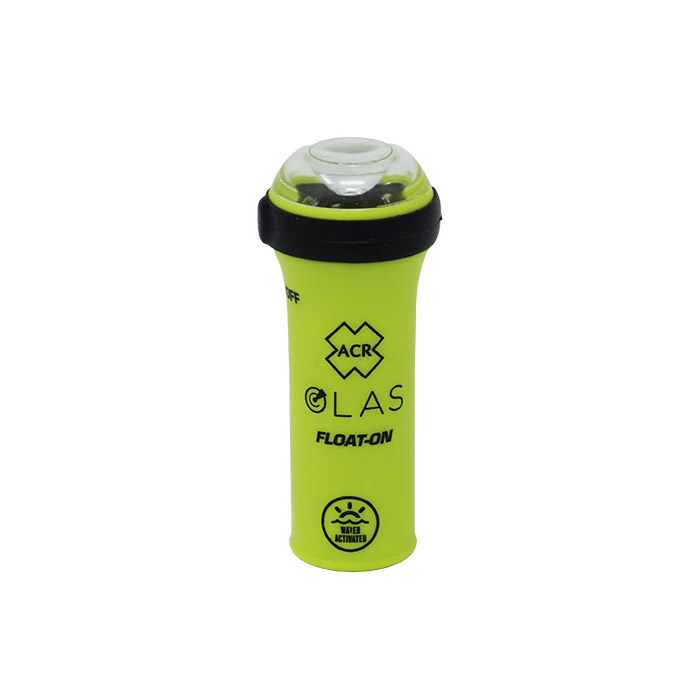 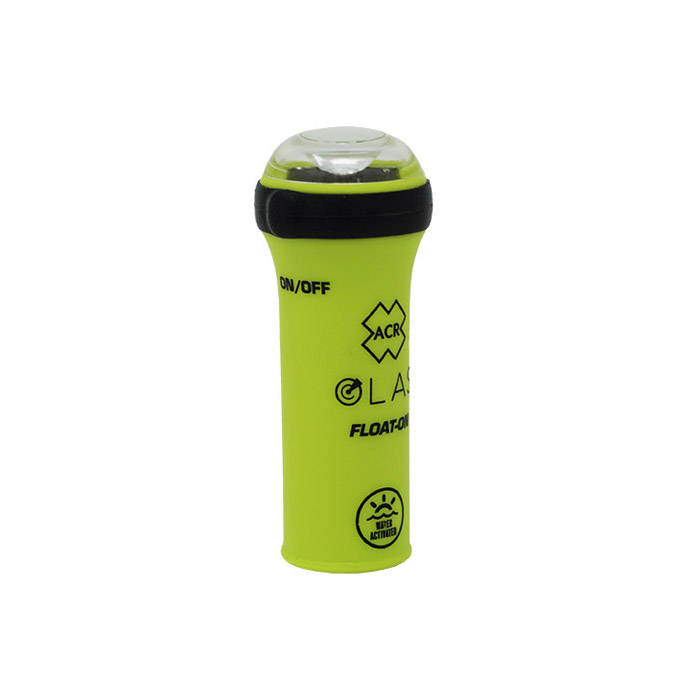 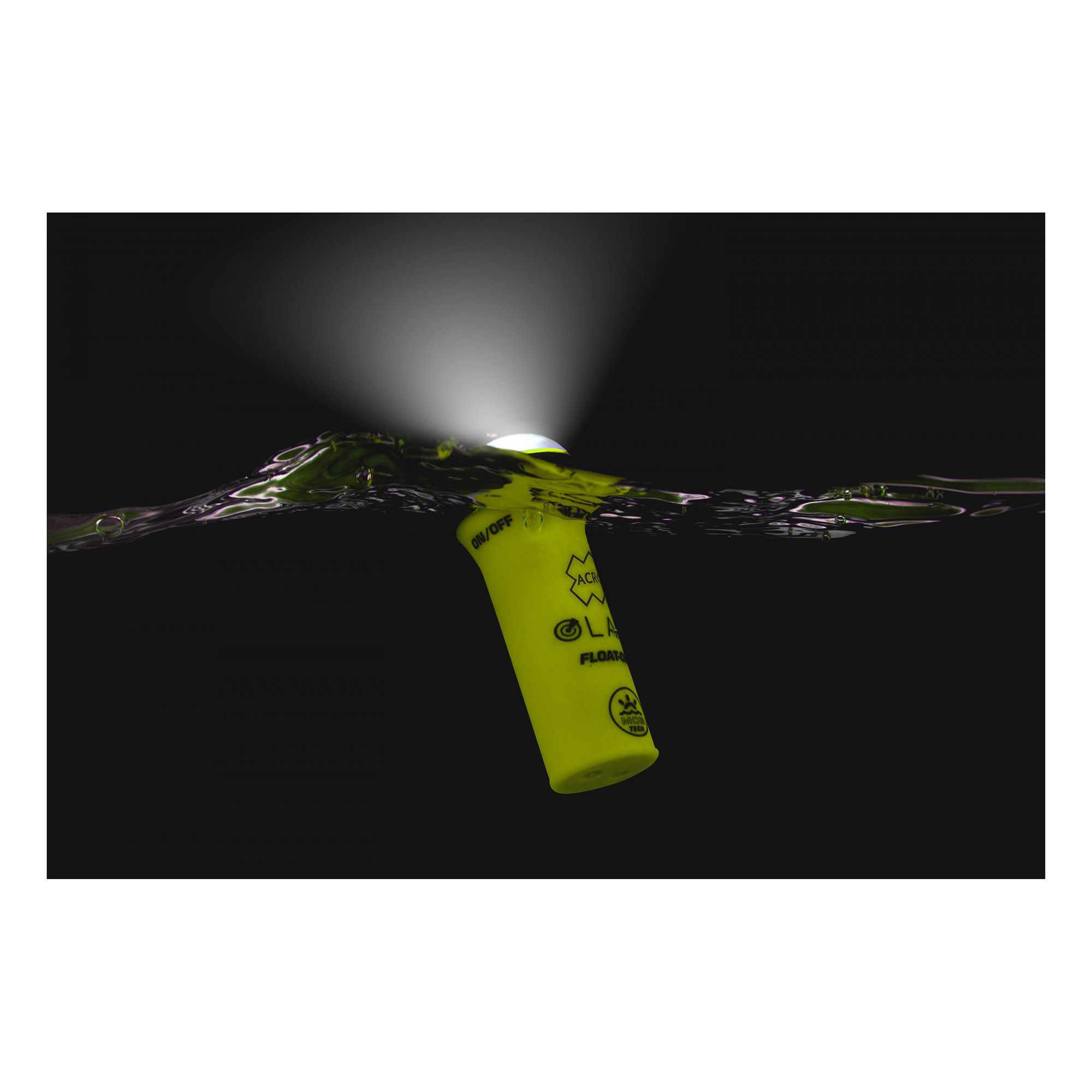 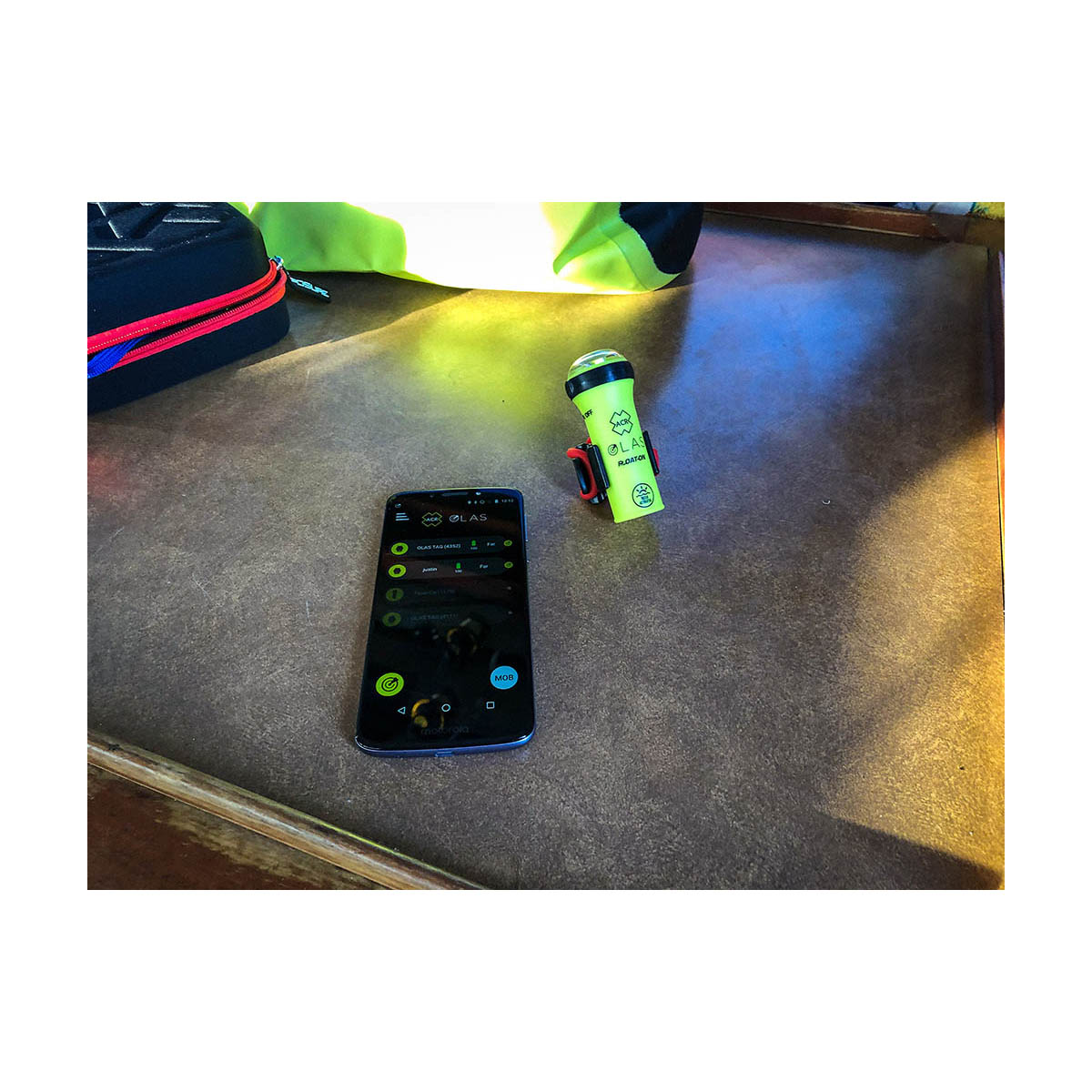 The ACR OLAS Float-On is a buoyant Wearable Crew Tracker that integrates OLAS (Overboard Location Alert System) technology with an LED flashlight and water-activated strobe. The ACR OLAS mobile application technology detects a break in its ‘virtual tether’ to the ACR OLAS Float-On within 8 seconds of a transmitter going missing. The mobile phone(s) then sounds an alarm and records the latitude and longitude of the incident using the phone or tablet’s GPS.  ACR OLAS then aids the crew with the MOB recovery, clearly directing them to the GPS location where the MOB occurred with clear visual signals and bearing data. ACR OLAS stores all location data and time of incident required by the rescue services.  As an extra safety feature, in addition to the audible alarm on the mobile device, the strobe light automatically activates once the transmitter’s integrated water sensors detect six seconds of water connection. The high-power strobe flashes once every second for up to 20 hours, is visible up to 3 nautical miles away and provides an important additional safety tool for low light rescues.

The OLAS Float-On can easily attach to adults, children, pets and objects such as overboard floatation devices. It is small and portable and can easily be taken from boat to boat to ensure you are always protected.  Activate Solo mode on the app (2G phone signal required) when boating alone and the OLAS app will automatically text message (SMS) your emergency contact with your GPS coordinates in the event you get separated from your boat.

Featuring a robust yet compact and convenient design, the ACR OLAS Float-On includes a feature button that is easily located in the dark. The LED light is effective as a flashlight used to see objects in the distance whilst also emitting side light to ensure complete all-round visibility when acting as a position indicating light or strobe. The ACR OLAS Float-On can be easily stowed on any existing safety gear or in a lifejacket pocket.

The range of the ACR OLAS transmitters allows for coverage on vessels up to 40 ft in length. However, the transmitter is part of a larger scalable ecosystem of ACR OLAS products (transmitters and receivers) that offer additional safety features and can be combined to track large crews on larger vessels.  You can even ditch your phone and utilize your ACR OLAS Float-On with the OLAS Guardian Engine Cut Off Switch or OLAS Core Base Station as part of a more permanent solution. 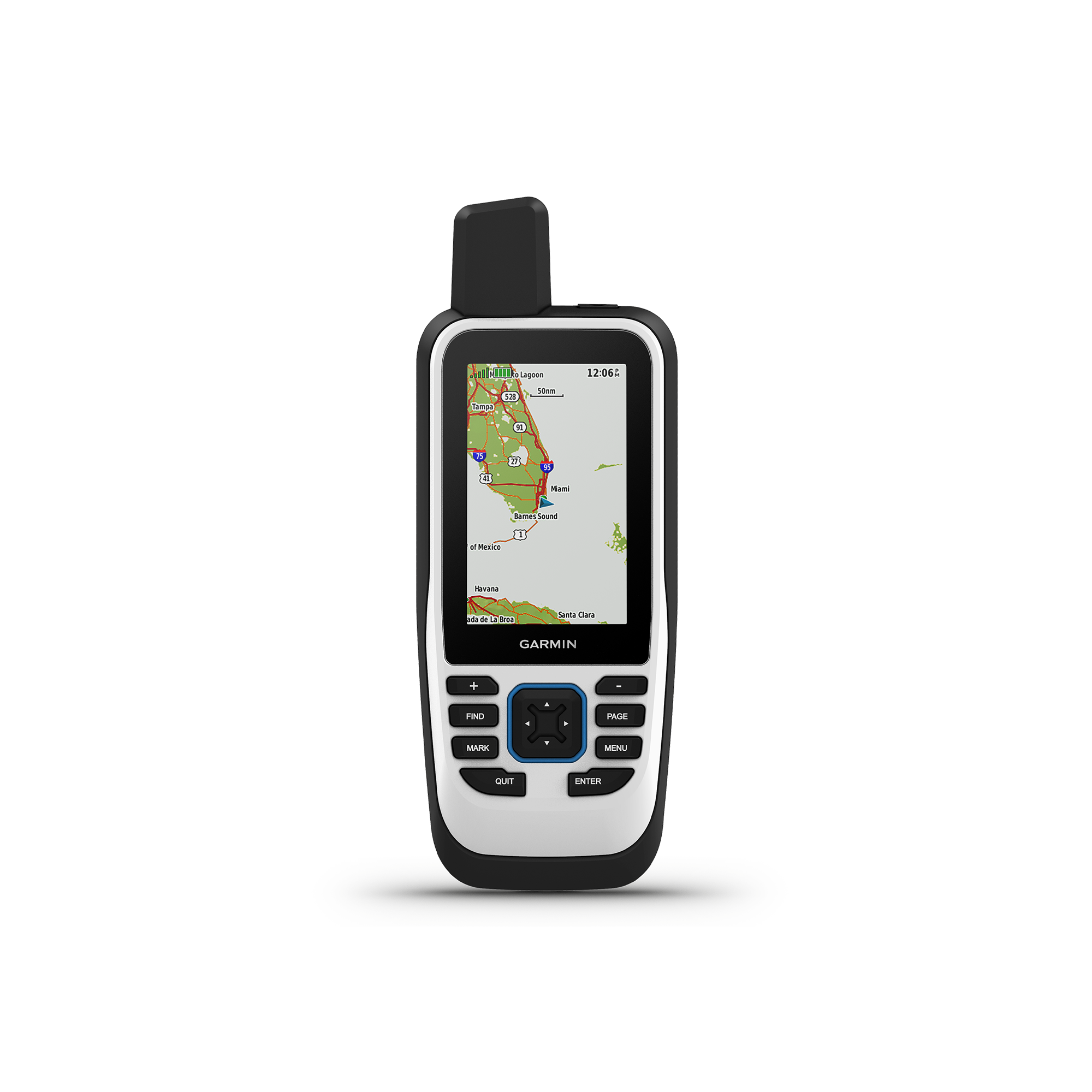 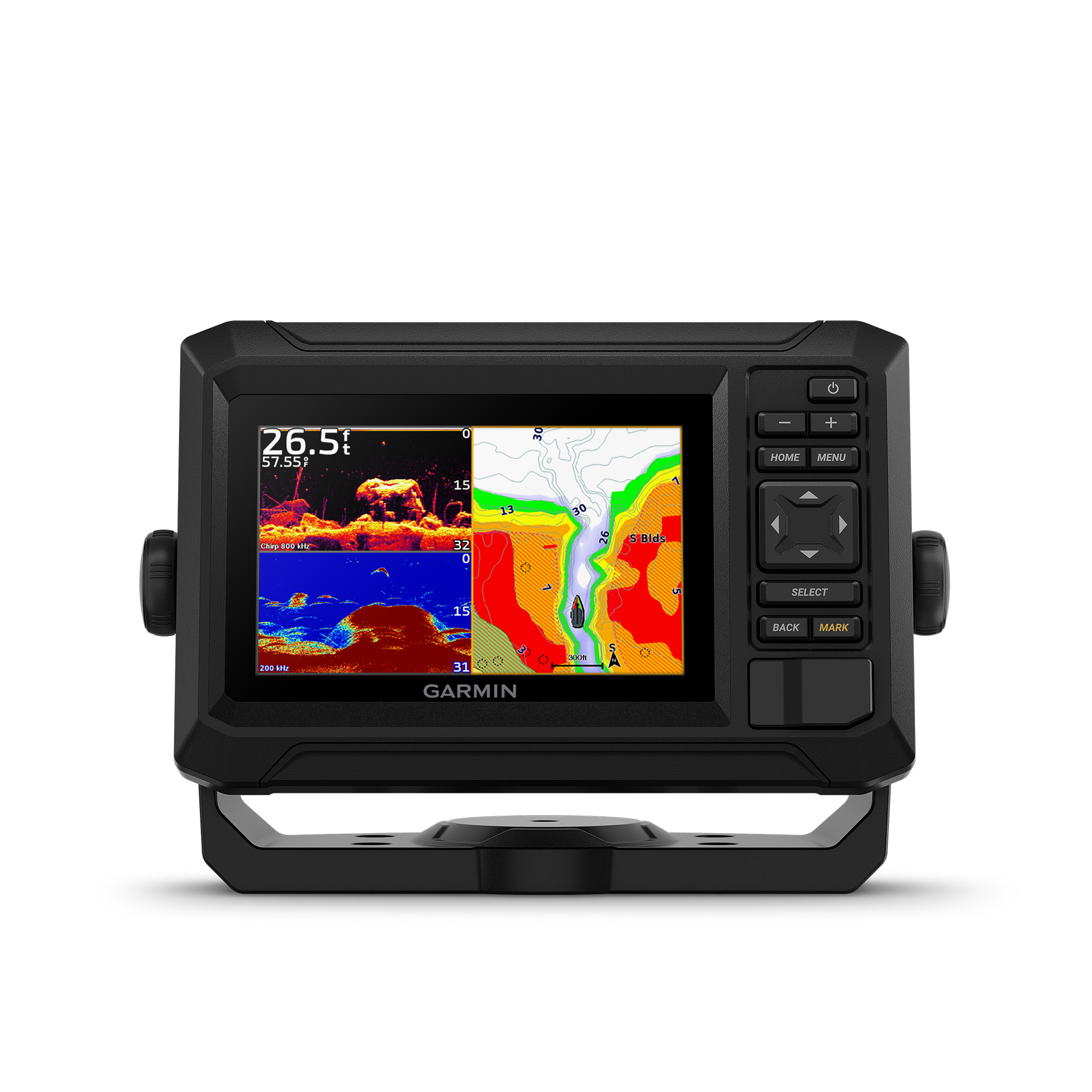 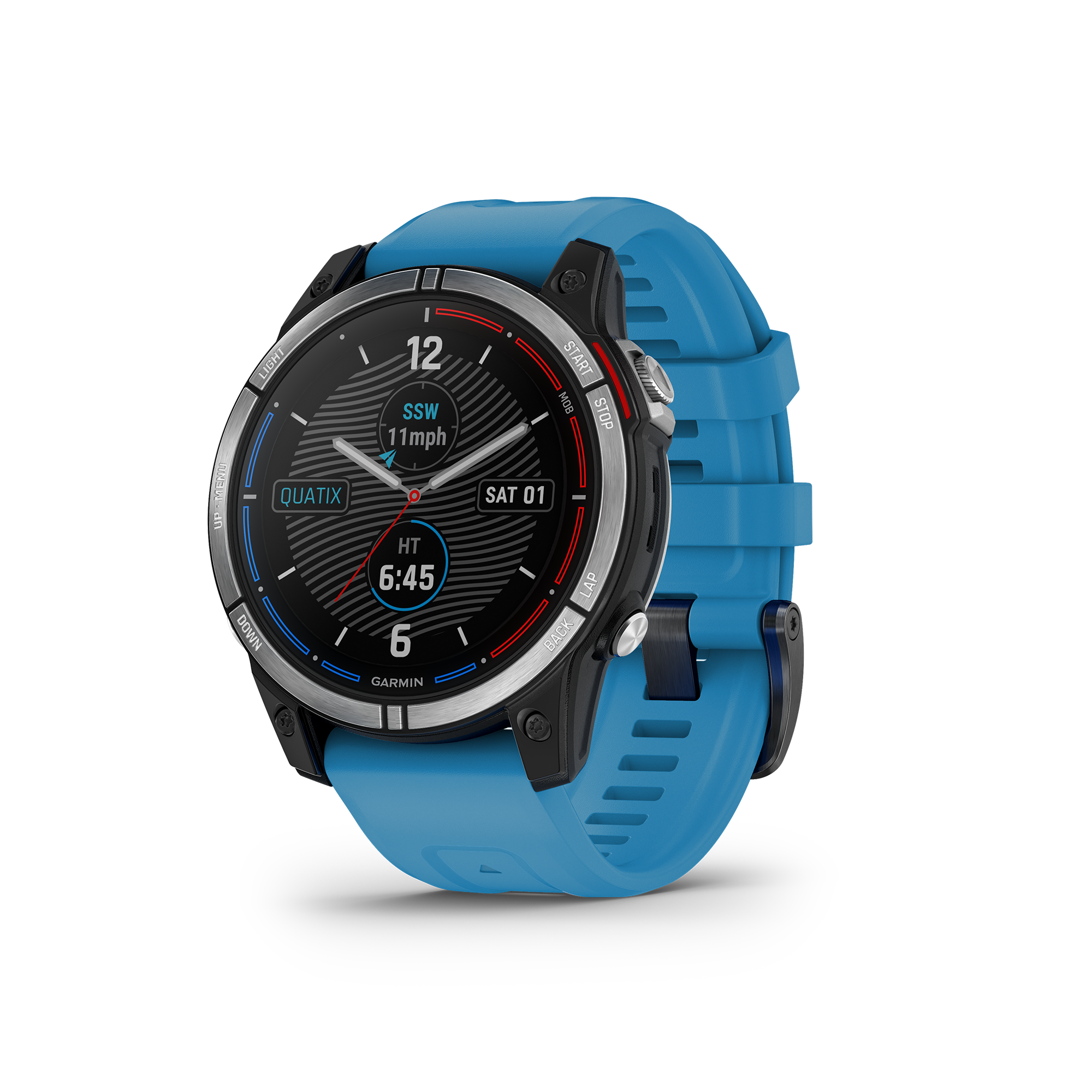 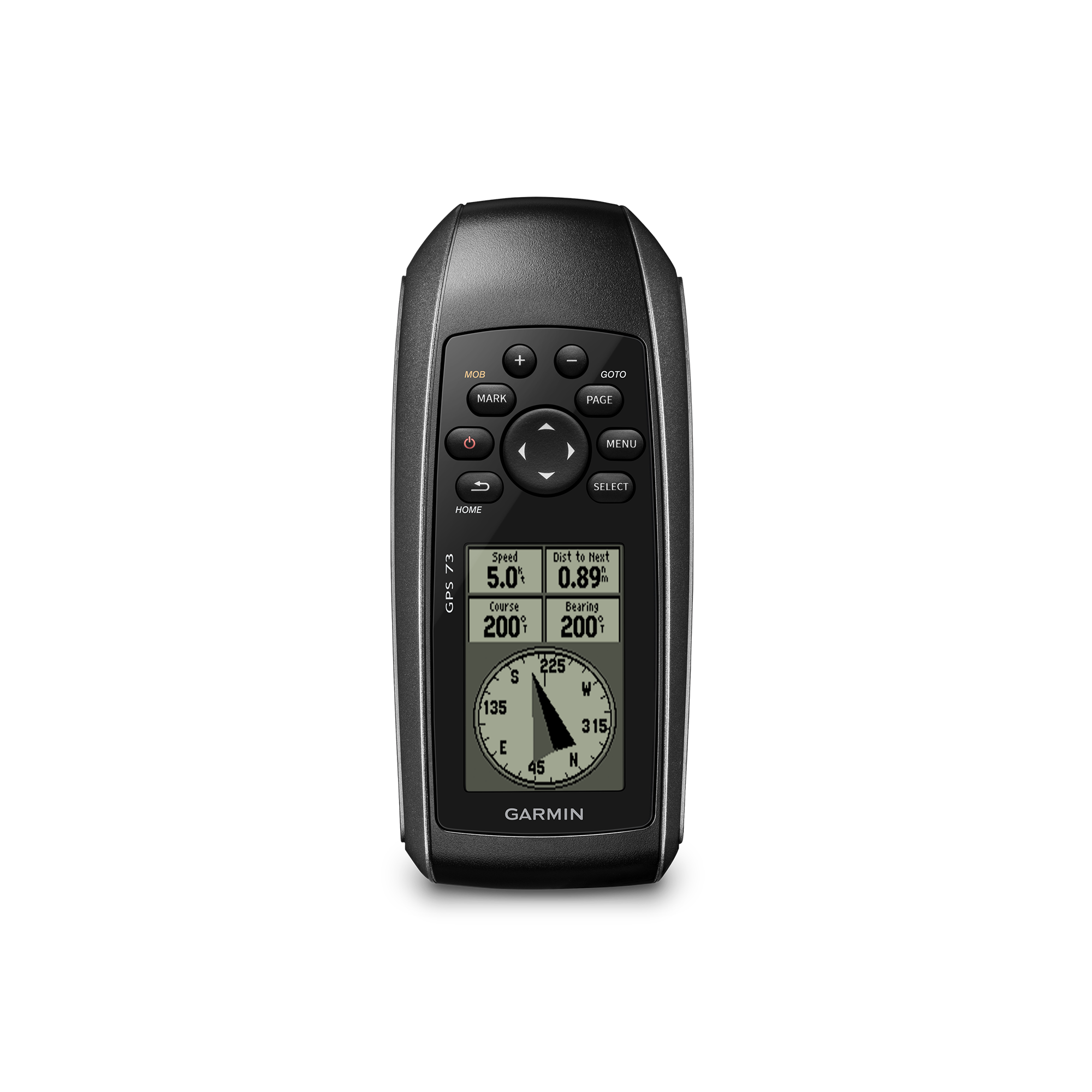 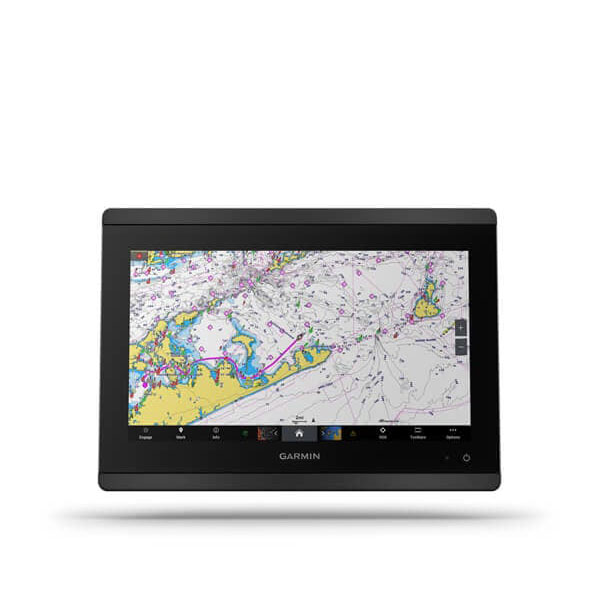